Captained by FC Barcelona and Spain legend Andrés Iniesta, Vissel Kobe has unveiled its 2021 home, away and third kits from Asics.Last season’s Emperor’s Cup winners will wear home and away jerseys featuring diamond patterns on their fronts for the second year in a row in 2021. 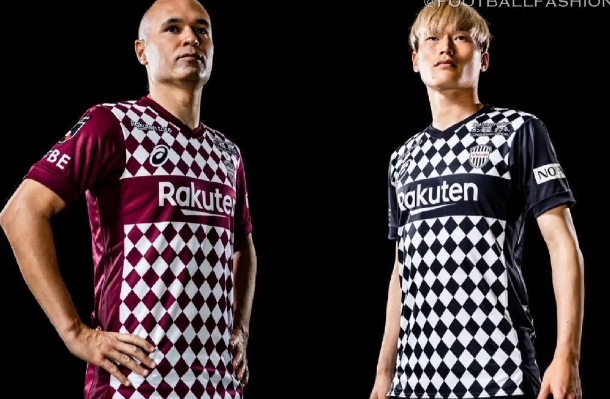 Vissel’s new home jersey in the team’s usual maroon with white contrasts. The alternate shirt is black with white details while the third kit is mainly white with black accents.

All three jerseys use a simple v-neck design from Asics with solid sleeves. The backs of the home and third kits are solid. The away shirt has a blocks of the diamond sequence from its front along with solid black areas for sponsor logos and player name and number prints.